Andrew is a commercial and employment lawyer.  He is a barrister, QC and part-time Judge.  He is also a qualified mediator and arbitrator.  He lives locally and all three of his children attended Goffs.  He has been a Trustee since the creation of the MAT and had been a governor of Goffs School for some years before that.  He is the current Chair of Trustees and also sits on the Supervisory Board.

Martin is a Member of the Generations Board. The role is to provide an overview of the work of the Trustees and provide support or guidance as needed.

Martin qualified as a teacher from St. Mary’s College and graduated from Swansea University. Subsequently, he also gained an MSc. in Education Management from East London University.

After some years teaching, he joined a local Authority Advisory Service and his career thenceforth was in Education and latterly Children’s Services. During this time he qualified as an Ofsted inspector, School Improvement Partner and in other relevant areas. Following several senior posts in local authorities, he was appointed Deputy Director of a Children’s Service and then Interim Director. For the last years of his career, he undertook senior interim leadership roles in a wide range of Children’s Services: focussing on organisation change and service improvement.

Martin’s other community work includes being chair of an Arts Charity, focused on the provision of musical opportunities; and working with a number of sports organisations, principally rugby, to ensure the continuity of sports facilities in the community.

Joanna Formoso has been a Governor at Goffs Academy since 2014. In addition to her previous role on the Trustee Board she was also Chair of the Goffs-Churchgate Local Academy. Joanna has a background in Recruitment and Executive Search. She has also had many years’ experience as a Samaritan’s volunteer and has a strong interest in the mental health provisions with The Generations MAT. As a parent of four children, she has personal experience in many aspects of education, from nursery through to university and admission appeals through to exclusions. Her current role is as a Member of the Supervisory Board, where she is looking forward to using her experience across Generations MAT. Joanna believes that every student is an individual and has a right to the best education to enable them to succeed in life.

Vanessa Wright brings over twenty years of experience working at Pearson, the world’s largest education company, and includes the exam board Edexcel. She has previously held the positions of Vice President running the schools business in Australia and more recently, leading sales and marketing for schools in the UK. Vanessa has been a Trustee since 2017 and the co-Vice Chair since 2019.

Alison was formally Headteacher at Goffs, and has held two Headships in very different circumstances. She led her first school to an Ofsted rating of outstanding in all areas with no identified areas for improvement – one of the first schools in the UK to achieve this at that point in time. Her leadership has been identified by Ofsted as being outstanding in both Headships. She has worked as an Ofsted Inspector, a School Improvement Partner, and as a District Adviser for Hertfordshire, overseeing school performance in two areas of the County. In addition, Alison has undertaken consultancy nationally on school improvement and school leadership and accountability, with high levels of requests for her time both from within Hertfordshire and nationally.

Alison is highly versed in leadership, and strategies aimed at delivering ongoing whole school improvement. Alison is fundamentally child centred in her work, which is rooted in her belief that the core purpose of leadership at all levels is to deliver the best possible learning outcomes for children. Alison now provides expert advice and coaching to the Principals and leaders within the Trust, combining a clearly articulated view of a no excuses culture of leadership, with support, guidance and a listening ear, and is responsible for the outcomes of schools across the Trust.

Internal Auditor and Chartered Accountant since 2004 with experience undertaking internal and external audits, alongside risk management and project assurance. Problem identification and resolution is a very satisfying element of my role alongside building strong working relationships.

Passionate about the local community, having been a Cub Scout Leader, and a Primary School Governor.

Kacey expanded his educational knowledge within the secondary education sector in 2018 being appointed a member of the Churchgate Local Academy Board and appointed as Trustee/Director of the Trust in March 2019 with membership of Standards and Achievement, and Resources and Workforce Committees.

Donna Cooper is a Member of the Board of Trustees for the Generations MAT and Chair of the Goffs LAB. Donna is an experienced Global Marketing Director working mainly with technology vendors and services companies. Mum to three boys with an avid and active interest in supporting the emotional health and well-being of children and young adults with Autism Spectrum Disorder.

Jean was a Governor at Goffs School for many years and became a Trustee of the Multi Academy Trust when it was formed.

Originally a parent governor, Jean has 3 sons who were educated at Goffs School.   Jean has a scientific background and although retired now, she was a research scientist and has a degree in Chemical Physics.

As the Chair of the Standards and Achievements Committee Jean has considerable experience of analysing performance data. She has a passionate interest in the education of all students in the Generations Educational Trust and believes that every young person deserves the best education to allow them to reach their full potential.

Bernard White is Chair of the Goffs Churchgate Local Academy Board and recently appointed as a Trustee. He was Chair of Governors at Burleigh Primary School for several years and prior to that a Governor at Hurst Drive School. He has also supported Herts for Learning being an additional Governor where required. A varied career: thirty-two years with BT, some highlights would be – HR and Corporate Governance and Compliance. Currently, working with Sainsbury’s as a Logistics Coordinator.  He is a Chartered Member of the Institute of Personnel and Development.

Owen is an experienced Chief of Staff in Law Enforcement working latterly in Technology and Innovation with a successful background within program delivery, strategic engagement across Policing at NPCC and local force level, as well as with Government through the Home Office. He is currently the Co-Chair of the Goffs Local Academy Board as well as the Chair of Governors for Goffs Primary School, and has volunteered in the Academic Sector since 2013. 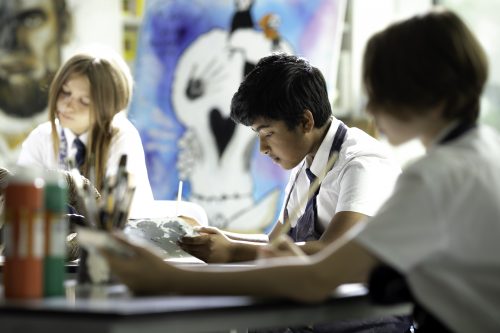 The Generations Multi Academy Trust is a company limited by guarantee and a charitable Trust. 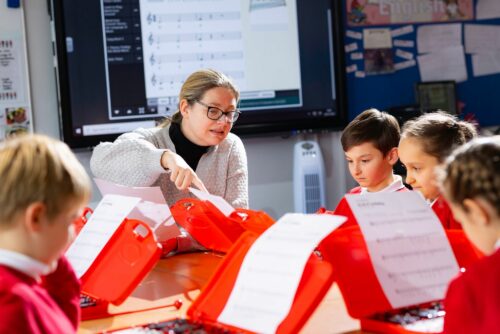 Competitive base salary with a tailor made development plan aimed at enhancing your future earnings potential. 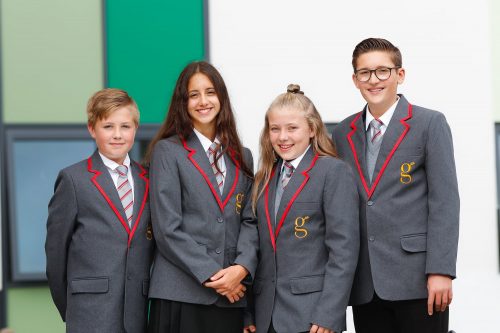 Our Trust encourages innovation. It is also firmly focused on maximising the monies available to our schools and staff.

I’ve been so impressed with Goffs-Churchgate. My daughter is in Year 7 and is really enjoying her time so far, plus she has come on leaps and bounds academically from when she first started. She really enjoys coming to school, which in turn makes us very happy. It’s a fabulous school; well done to all the staff for making this school what it is today.

I am extremely happy with the school. My daughter is doing so well and has achieved a lot in five months. I can say that the discipline procedure is fair and affective and keeps my daughter on track. I would definitely recommend the school to future Year 7.

Great school, managed well. Our child loves it at Goffs-Churchgate.

My daughter is really happy to come to school.

Believing in the kids and not giving up on them.

My daughter felt that the teacher really listened and understood her concerns, so I really appreciate and thank him for that.

I am blown away by the care that is shown (and has always been shown) by Goffs staff to my children.

Our child is thriving as part of the Goffs community.

My daughter is flourishing at Goffs; thanks to all the staff for their dedication.