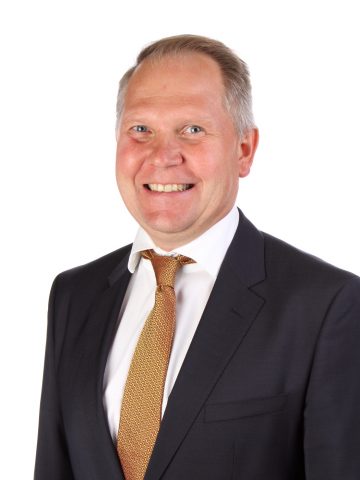 After gaining a BSc (Hons) degree in Business Studies from the University of Bradford Management School in July 1990, Ian Joined BAA PLC (previously the British Airports Authority) on their graduate management training scheme. Here he enjoyed a 21 year career in various roles predominantly linked to finance and financial analysis, and including time as Finance Director of one of their subsidiaries.

Ian’s interest in schools and education stemmed from being asked to become a Foundation Governor of his local primary school where he was subsequently Chair of Governors. Ian was appointed as Business Director at Goffs in the summer of 2011, and quickly established himself as a highly respected member of the senior leadership team, stabilising the school’s financial position. Ian supported the transition to academy status, and led on the successful application to the Priority Schools Building Programme and subsequent delivery of the Goffs multi-million pound rebuild.

Ian was central to the formation of the Generations Multi Academy Trust in the Autumn of 2017. Since this time, Ian was has led a highly efficient and informed financial and income generation function across the Trust, bringing significant expertise to all of these areas. As a result, all of the Trust’s schools enjoy secure finances, further underpinned by generous levels of funding from the income generation work.

I’ve been so impressed with Goffs-Churchgate. My daughter is in Year 7 and is really enjoying her time so far, plus she has come on leaps and bounds academically from when she first started. She really enjoys coming to school, which in turn makes us very happy. It’s a fabulous school; well done to all the staff for making this school what it is today.

I am extremely happy with the school. My daughter is doing so well and has achieved a lot in five months. I can say that the discipline procedure is fair and affective and keeps my daughter on track. I would definitely recommend the school to future Year 7.

Great school, managed well. Our child loves it at Goffs-Churchgate.

My daughter is really happy to come to school.

Believing in the kids and not giving up on them.

My daughter felt that the teacher really listened and understood her concerns, so I really appreciate and thank him for that.

I am blown away by the care that is shown (and has always been shown) by Goffs staff to my children.

Our child is thriving as part of the Goffs community.

My daughter is flourishing at Goffs; thanks to all the staff for their dedication.